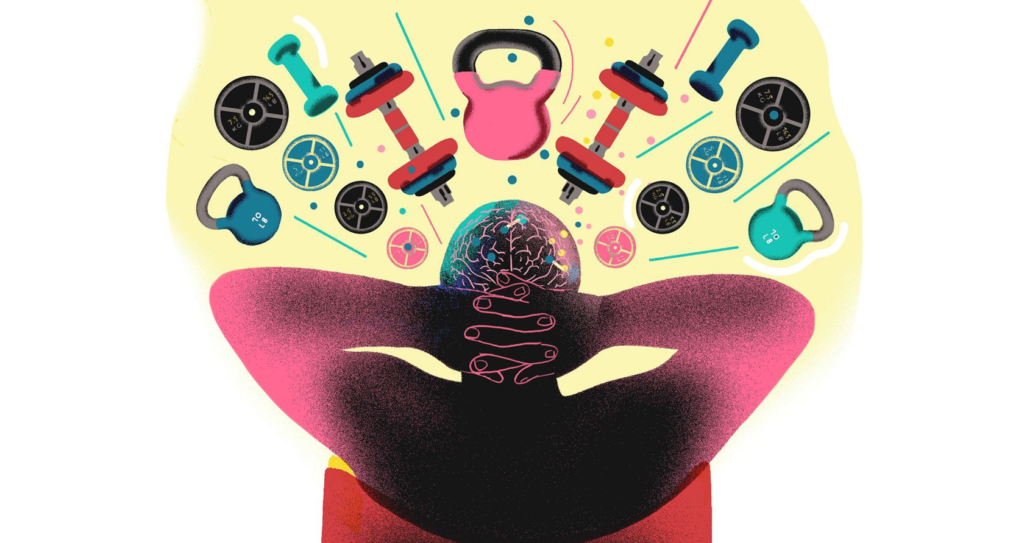 Previously, we’ve discussed ways in which we can lower our risk of Alzheimer’s Disease, such as decreasing risk for cardiovascular disease and eating a healthy Mediterranean-like diet. In this blog, we will dive deeper into the benefits of exercise and a particular protein upregulated from exercise, as there appears to be some implications in neurologic benefit regarding two major neurodegenerative disorders, specifically Parkinson’s Disease (PD) and Alzheimer’s disease (AD).

Parkinson’s Disease is a disorder of the central nervous system that is characterized by impaired motor abilities including tremor, slowed and rigid mobility, unintentional movements, and even cognitive dysfunction (e.g., fluctuations in alertness, mild memory impairment). Regular physical activity is beneficial in slowing the progression of PD. In PD, neurodegeneration of the dopaminergic neurons in the substantia nigra occurs, damaging motor and reward systems.  Researchers compared PD patients who exercised to those who did not, and found that regular exercise slowed patient’s physical and cognitive decline but intermittent activity did not. Furthermore, exercise needed to be task and context specific to target declining functions in PD. For example, activities involved with balance-control, like Tai-Chi, better maintained postural and gait function compared to other activities. PD patients involved in household and work-related activities showed slower decline in activities of daily living (ADLs) and cognition. Additionally, regular physical activity increased corticostriatal plasticity and increased dopamine (DA) release stimulating increased activation of the striatum, possibly contributing to improved PD symptoms in those that habitually exercise. An encouraging takeaway from these findings suggests that something as simple as regularly sustained physical activity may lead to a modification in the typical trajectory of PD, slowing the rate of both the physical and cognitive decline, something that PD medications currently cannot accomplish. Furthermore, low levels of the brain protein clusterin predicts faster cognitive decline and dementia progression; clusterin increases with sustained exercise and may contribute to neurologic benefit.

A recent study compared the effects of physical activity with mice that regularly exercised to sedentary mice. After 28 days of running, the active mice, compared to their sedentary counterparts, showed increased overall cell survival in the memory circuit (called the hippocampus) as well as neural stem cells, progenitor cells, and astrocytes–all of which play important roles in neuronal maintenance, function, and repair. Similar beneficial results in the sedentary mice occurred with injection of serum taken from the exercised mice. When clusterin was removed from the exercised mice serum before injecting into the sedentary mice, the neurological benefits of decreased inflammation went away, supporting the role that clusterin may have in AD or PD when in lower proportions. To further understand these results, the researchers utilized RNA sequencing to analyze changes in gene expression in the active mice compared to their sedentary counterparts.  Physical activity in mice altered their gene expression, upregulating genes associated with hippocampal learning and memory.

Humans with mild cognitive impairment (MCI) that exercise regularly for six months also show improved verbal and episodic memory, as well as significantly increased levels of clusterin. These results again indicate a role clusterin may play in AD and PD.

All in all, exercise, and perhaps what is upregulated from exercise organically, like clusterin, may have a more powerful underlying effect on cognition than we knew previously. Such activity slowed decline in physical and cognitive functioning in PD, and may also work for those suffering from AD. Due to the increase in clusterin upon exercise, and the evidence presented above of clusterin’s capacity to improve brain function, one would wonder if providing clusterin may slow or prevent cognitive decline in those at risk. At this time, more research is needed to understand the potential implications of clusterin’s effect on cognition, especially in relation to diseases that affect cognitive functioning. Perhaps one day, for those of us who are too lazy to exercise, a clusterin pill will allow us to stay on the couch binge watching Netflix indefinitely!