How to Lower Your Risk for Alzheimer’s Disease 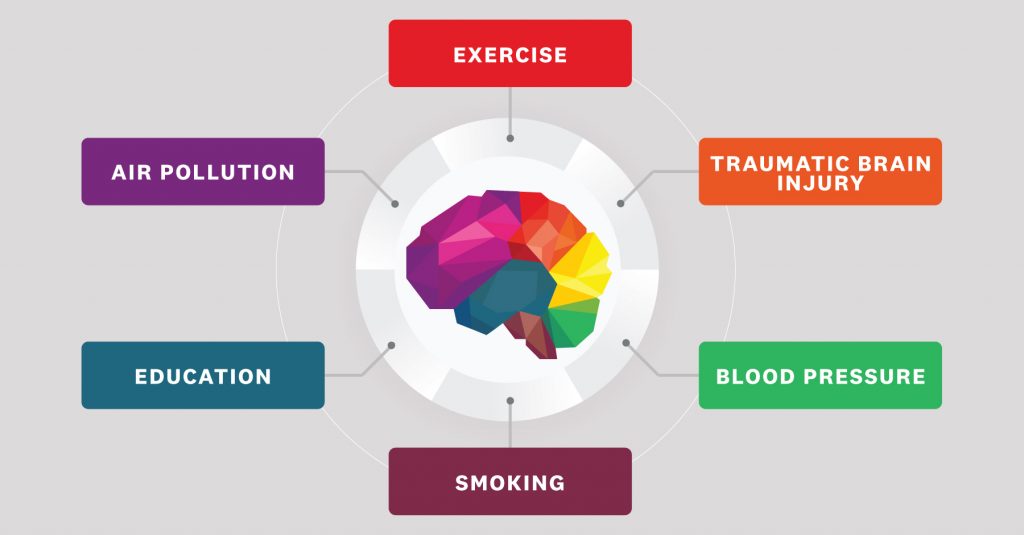 Do you have a family history of Alzheimer’s disease? If you do there is much you can do now to reduce the chances of developing the disease even if you are carrying genes that increase your risk. Your lifestyle can turn on genes that fight disease and turn off those that increase the risk for disease. We are just beginning to understand that the foods we eat, our physical activity, how we deal with stress, and the cognitive stimulation we receive from our work or pastimes can influence our risk for developing Alzheimer’s disease.

Reducing many of the risks for cardiovascular disease also reduce the risk for Alzheimer’s disease. The food we eat can be medicine, or poison. The most harmful “food” we consume is refined sugar. The higher our daily dose of this manmade poison the greater our risk for developing obesity, diabetes, stroke, heart attack, and Alzheimer’s disease. Embracing a Mediterranean diet low in simple carbohydrates and high in fruits, vegetables, nuts, olive oil, and seafood is associated with a reduction of Beta-amyloid, the protein thought to cause Alzheimer’s disease (see figure below.)

Increasing our physical activity with aerobic exercise by as little as 20 minutes every other day has been associated with improvements in cognitive testing in patients with Mild Cognitive Impairment (MCI), a condition thought to be prodromal Alzheimer’s disease when Beta-amyloid is abnormally high in the brain. Stress, or administration of the stress hormone glucocorticoid, increases Beta-amyloid and the protein that makes up the microscopic tangles in the brain involved in synaptic dysfunction and neuronal death associated with Alzheimer’s disease. Thus, stress reduction through mindfulness, biofeedback, and yoga can reduce disease risk.

Learning new information increases the density of the connections, or synapses, between brain cells; these synapses are pruned early in the disease. Increased synaptic density, occurring through cognitive stimulation increases our cognitive reserve. The higher our cognitive reserve the lower our risk for developing Alzheimer’s disease. So if you don’t use it you will loose it. Now is the time to modify your lifestyle to prevent Alzheimer’s even if you have a history of the disease.

Photo Caption:  Amyloid PET scans showing two-year increase in amyloid deposits in the brains of 36 cognitively healthy people who did not adhere to a Mediterranean diet compared to 34 who did adhere to the diet. These data support a 1.5-3.5 year protection against Alzheimer’s disease when people follow a Mediterranean diet for only 2-3 years. (Berti, V et al. Neurol 2018; 90:e1798)