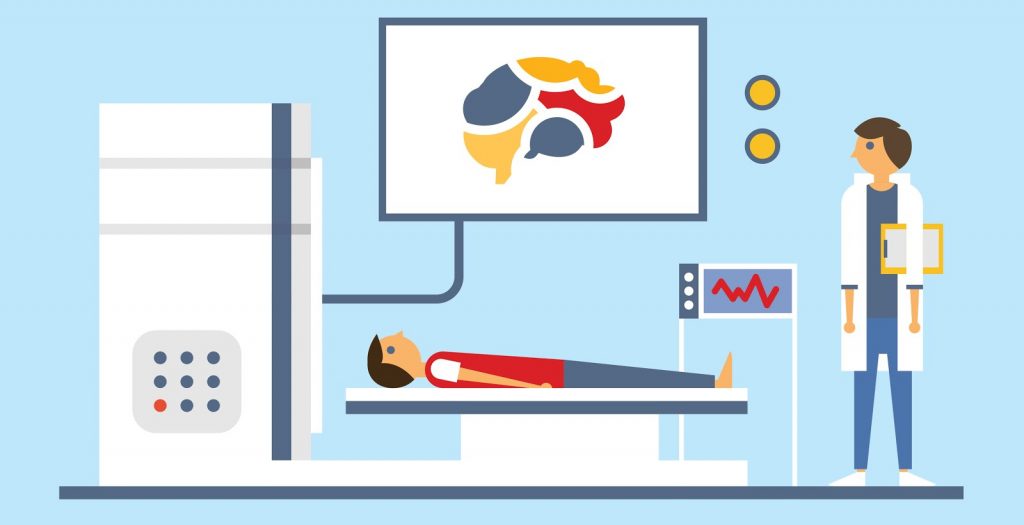 The definition of Alzheimer’s disease is changing. With the ability to visualize beta amyloid, the predominate protein that makes up the plaques in Alzheimer patient’s brains, physicians now can tell who is at risk for the disease. Prior to the advent of amyloid PET scans, and spinal fluid analysis of beta amyloid, the certain diagnosis of Alzheimer’s disease was only made at death by microscopic evaluation of amyloid plaque burden. Now with the ability to visualize amyloid burden in life we have a window on how the disease evolves.

Alzheimer’s disease was once defined as a clinical presentation of a memory disorder with a decline in another domain of thinking (either language, visual-spatial processing, or problem solving) that is severe enough to interfere with daily functioning. Although many brain diseases can interfere with daily functioning to cause “dementia,” Alzheimer’s disease is the number one cause of dementia. Using this old definition of Alzheimer’s disease, investigators found that 15-20% of patients had o amyloid deposited in their brains on Amyloid PET scans. These patients may have diluted the findings in clinical trials testing amyloid lowering agents that hoped to slow or stop the disease. For this reason the definition of Alzheimer’s disease has moved from the old clinical description to a biological diagnosis. Now a person can only have Alzheimer’s disease when they are found to have an abnormally high amount of amyloid in their brain.

Selective amyloid lowering agents appear not to work in full-blown Alzheimer’s dementia. Can these new drugs work in the earlier stages of the disease in people with positive Amyloid PET scans? That is a question that our aging society is waiting to answer. 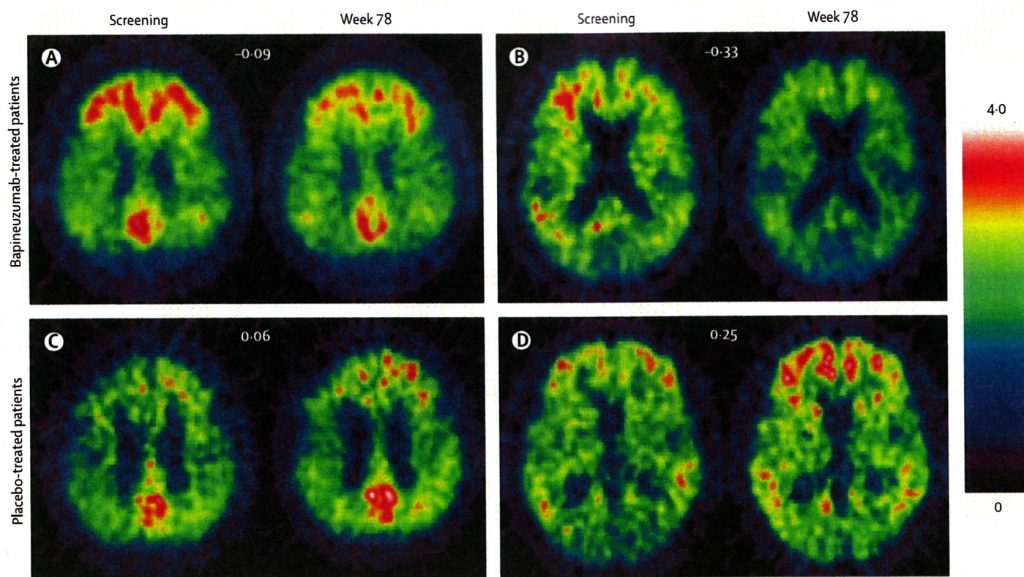 Amyloid PET scans show amyloid deposits in red in the brains of people with Alzheimer’s disease. A&B) Patients scanned at screening and after 78 weeks of treatment with the selective amyloid lowering agent: bapineuzumab, note the reduction in amyloid deposition. C&D) Patients given placebo in the same study, note increased accumulation of amyloid in their brains.