Reflections: How an Interactive Art Exhibit is Building Community 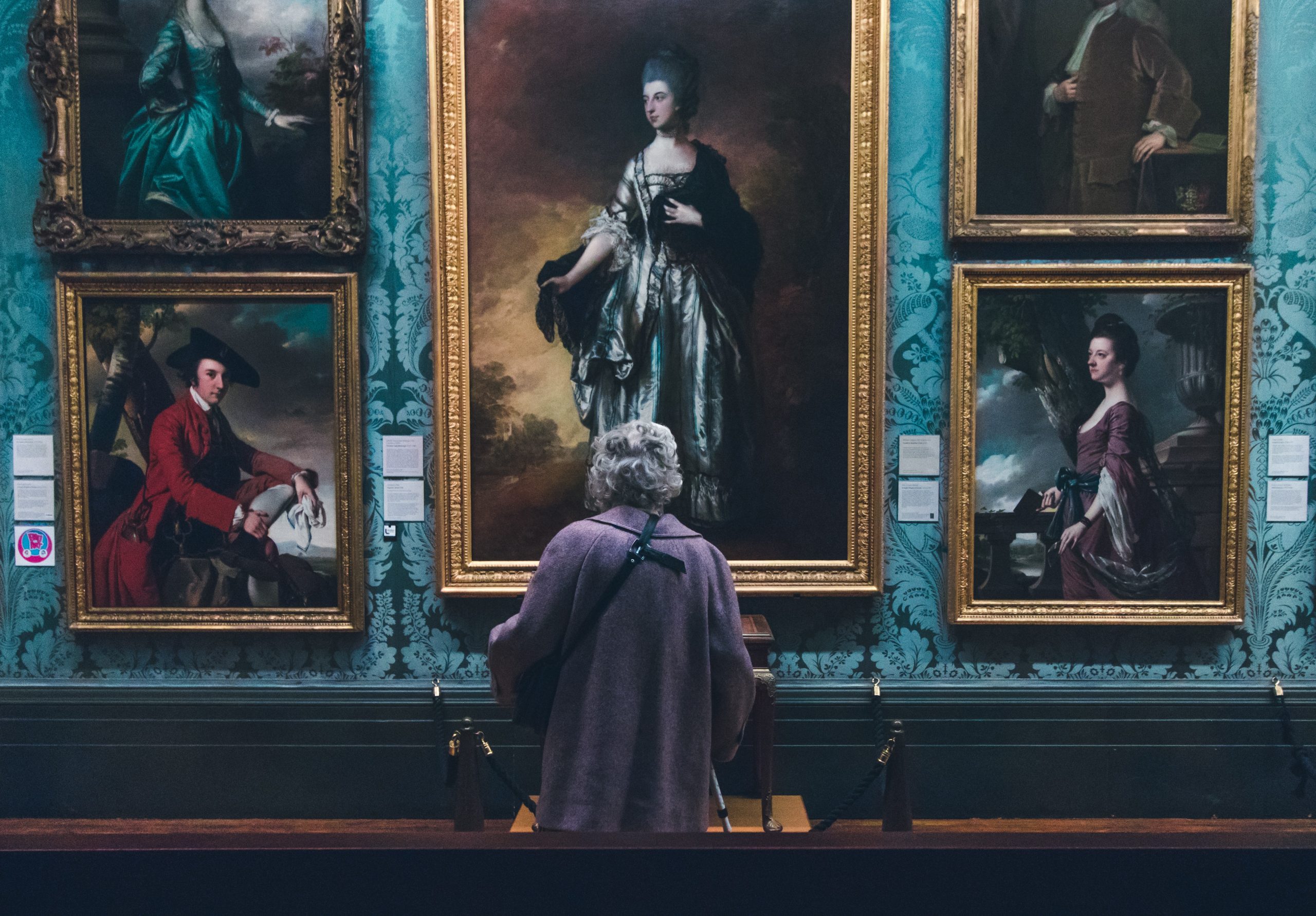 Art and music therapy are by no means new ideas, with the term art therapy first being coined in 1942 by British artist Adrian Hill and music therapy being implemented on a large scale around the same time to help soldiers during WWII. The fields of art and music therapy have continued to grow and, while not the most common forms of therapy, are still used today for a variety of conditions, primarily in the case of neurological disorders. One such disorder in which art and music therapies provide benefits is dementia. Combining art and music therapy with community outreach has great potential for therapeutic relief and providing a sense of connection with both art and those you experience it with.

The Nasher Museum of Art at Duke University is implementing this combination with great benefits for all involved. A recent program, called “Reflections”, allows for a private viewing of the museum by a very special group of 26 people. Half of those present suffer from a dementia-causing illness, primarily Alzheimer’s, and the other half are their caregivers. While being shown around the exhibit each person is encouraged to take part in a discussion about how the art they’re admiring makes them feel. Throughout the experience the tour guide asks progressively deeper questions about what feelings, and even memories, the art triggers. Through this process, those suffering from Alzheimer’s and other dementing illnesses are stimulated in a low stress environment and in a way that, in some cases, allows for access of memories that might not be retrievable otherwise.

After viewing the art, participants in the “Reflections” program are brought to an exhibit focusing on music. It starts as an activity in which guests are given song lyrics and asked to find a visual art piece which, in their mind, encompasses that lyric. Then they are shown art pieces that use aspects of music, for example, a piece called “Cats and Dogs” that features vinyls such as “Purple Rain” by Prince, “November Rain” by Guns N’ Roses, and “Rain” by the Beatles. When asked if this piece brought about any specific memories one woman reminisced about receiving one of these albums from her sister at age 16, showcasing the power that music can have on memory and cognition. Finally, they are brought to a part of the museum in which music is played, changing from live music performed by Duke’s orchestra to a DJ who plays and remixes songs from the 1950s all the way up to releases within the last decade. After one guest asked for a song to dance to, the DJ played “Good Golly Miss Molly” which was met with tapping feet, air pianos, and general enjoyment.

Unlike the art, however, the real benefit of this experience is not even on display in the museum. The impact on the lives of those involved is something much more awe-inspiring, in the form of community. One caregiver mentioned that the program gives him and his wife an outing that they look forward to but also provides a sense of security in that “the more you can be with other people that have the same type of issues that you do, you find you’re not alone”. This is crucial because support groups on their own may provide community, and art or music therapy may provide an outlet for emotions and a sense of relief, but no other program combines both of these to allow for the unique relief that one feels when their everyday problems are shared within a community and are then released through engaging and enjoyable activities.

This program became possible through private donors, the Duke Dementia Family Support Program, and a grant from the Alzheimer’s Foundation of America. Now, thanks to these generous contributions, the Nasher Museum hosts six to eight group tours through “Reflections” one day a month. For those who have taken part in the “Reflections” program this is not just an event or an outing but a rare instance in which they are not alone and are allowed to experience the world around them however they so choose. This provides a sense of freedom either from the symptoms of dementia or from the stress that caring for a loved one with dementia can bring. As such, if you feel called to make a difference like this and are financially capable, I encourage you do consider donating to the Oregon chapter of the Alzheimer’s Association here: https://act.alz.org/site/Donation2?df_id=32112&32112.donation=form1&_ga=2.28875576.527622574.1582139779-1009136760.1572449350

Brown, T. How one NC museum is using art and music to unlock memories in people with dementia [Article]. The News & Observer. 2020. Available from: