The Genetics of Alzheimer’s Disease 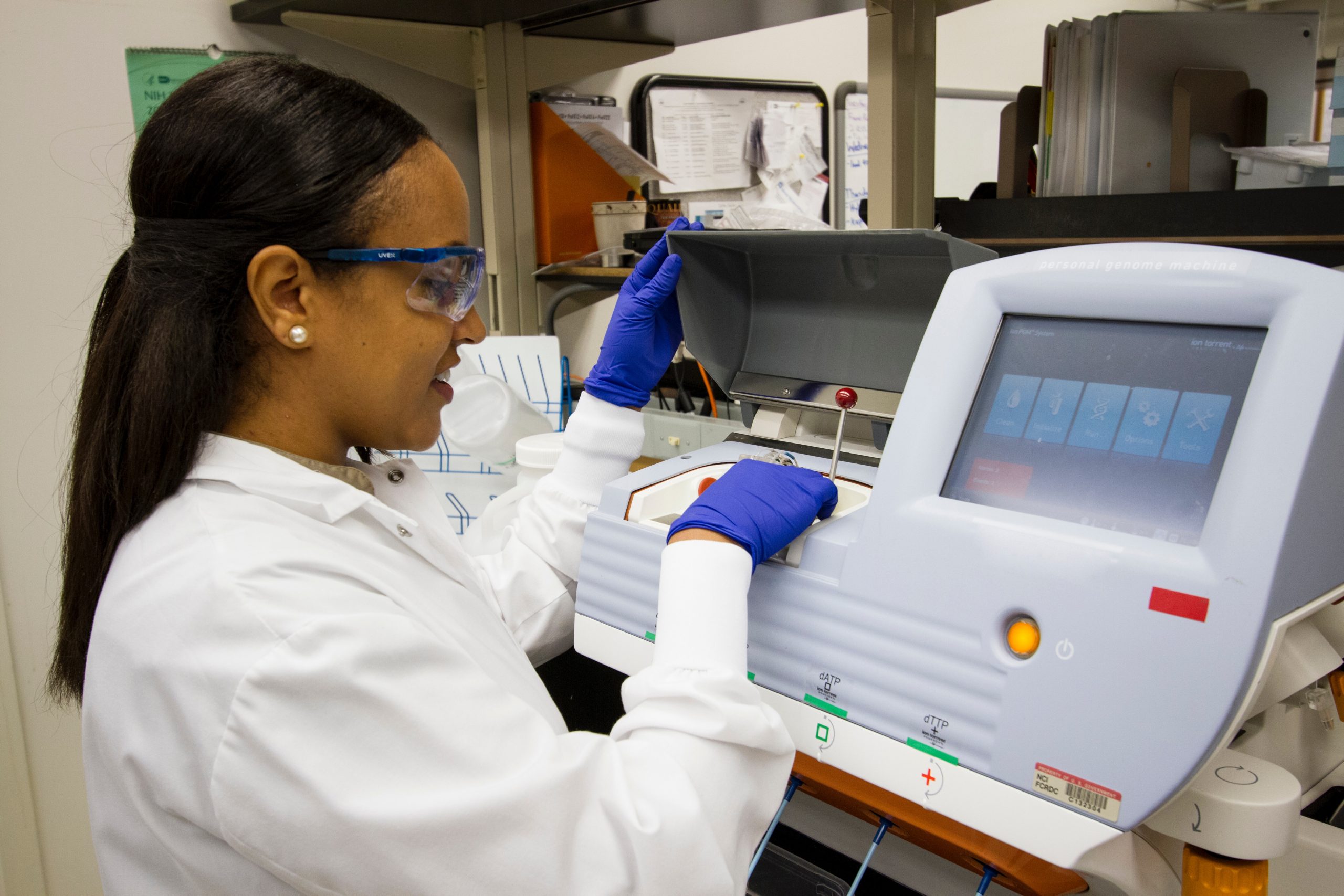 The human genome is complex, unique to each individual, and is the primary driving force behind every biological function and dysfunction. This week’s blog will discuss the genetic underpinnings creating variable risk factors for Alzheimer’s disease (AD), a well-researched topic but infrequently understood. With growing access to commercial genomic testing through companies like 23andMe, understanding the role that genetics play in AD and other diseases is more important than ever. The ability to understand one’s risk of developing AD may allow for the expansion of preventative medical practices to slow or stop disease progression before symptom onset.

Initial AD genetic research was motivated by the observation that those suffering from the disease were found to have significant accumulation of amyloid beta (Aβ) plaques in the hippocampus, amygdala, and cerebral cortex. As we now know, the location of these plaques correlate well to the symptoms associated with AD such as impaired memory function, reduced emotional regulation, and dysfunctional executive functioning.

So how exactly do genetics drive Aβ production and AD pathology? The first mutation identified in inducing AD symptoms was found at the transcriptional site for β-amyloid precursor protein (βAPP) on chromosome 21. It was discovered because trisomy 21, more commonly known as Down’s Syndrome, is associated with deposition of Aβ plaques in young adulthood and drives development of the AD-associated symptoms. This research led to the discovery of 5 βAPP mutations associated with familial AD, however, these mutations cause only about 1% of familial AD cases in total, and are characterized by early onset. Despite this, these discoveries provided insights into the mechanism of Aβ deposition which are present in all AD cases. Furthermore, it led to the discovery of the Apolipoprotein E (ApoE) gene. Research into this gene suggests that a certain allele, a specific form of the ApoE gene known as E4, increases the likelihood of developing late onset AD in a much larger population. Inheritance of one copy of the E4 allele confers significantly increased risk, earlier onset of AD pathology, and higher density of Aβ aggregation. Two copies of E4 increase this risk even more. The E2 allele, on the other hand, provides resistance to Aβ deposition. It is important to mention that not all E4 carriers develop AD and not all AD patients have an E4 allele meaning that there are other risk factors at play, but genetics are a strong associative risk factor.

βAPP mutations account for a small percentage of early onset AD cases and ApoE4 accounts for a significant percentage of late onset cases, but not all, indicating the presence of other risk factors. The next discovery in AD genetics came in the form of presenilin genes 1 and 2. There are 25 known missense mutations of presenilin 1 and 2 mutations of presenilin 2, all of which correlate with early onset familial AD. A missense mutation refers to the change of a single nucleotide in DNA which then codes for a different amino acid, which are protein building blocks. Imagine one of these presenilin proteins as a house made of bricks, and the missense mutation as a cinderblock where a brick should be, this single change throws the entire balance of the “house” off and in the case of proteins, changes their function. The specific function of presenilin proteins are only weakly understood but cell and animal models suggest that Aβ peptides consisting of 42 residues (Aβ42) have increased aggregation when present with presenilin mutations. Aβ peptides consisting of 40 residues (Aβ40), however, seem to be unaffected by presenilin mutations. Aβ42 peptides normally have increased aggregative properties in comparison to Aβ40, but this activity can be exacerbated by presenilin mutations possibly inducing AD. As with ApoE genes, these mutations do not account for all cases of AD but are clearly playing a powerful role in amyloid protein aggregation and disease manifestation.

The gene which codes for microtubule associated protein tau (MAPT) has also been implicated in AD pathology due to the presence of neurofibrillary tangles (NFTs), or aggregates of tau proteins. Tau proteins under normal conditions can be spliced by cellular mechanisms in different ways resulting in 6 different similar but functionally different forms of the protein. Two of these forms, named 3R and 4R, are present more abundantly in AD brains suggesting that these may be the pathological forms. Overexpression of 3R tau proteins alone tends to cause Pick’s disease (a subset of frontotemporal dementia) and overexpression of primarily 4R isoforms can cause corticobasal degeneration or progressive supranuclear palsy. However, the specific isoform tau takes is not the only factor in inducing AD. It seems that, through a different cellular mechanism, tau proteins can become hyperphosphorylated which increases the likelihood of aggregation and impedes clearance of these aggregates once created.

There are clearly numerous factors at play in the pathogenesis of AD, all of which seem to interact with each other to increase or minimize risk of developing the disease. While many of these mutations are well understood, there is clearly more to discover with regards to the underlying mechanisms promoting aggregation of these proteins and specifically, how to reverse these mechanisms to allow for dissociation and clearance of Aβ and NFT aggregates.  If you or someone you know has a family history of AD it might be worth getting genetic testing to identify your risk and start taking preventative measures, whether in the form of better sleep habits, dietary changes, implementation of supplements, exercise, or something else! There are numerous other genes not discussed here which are also hypothesized to play a role in AD pathology, so if you’re inspired to learn more, I encourage you to visit http://www.alzgene.org/ for more information about these lesser known genes.

Selkoe, D. J. Amyloid β-Protein and the Genetics of Alzheimer’s Disease [Internet]. The Journal of Biological Chemistry. 1996. Available from: https://www.jbc.org/content/271/31/18295.full.pdf