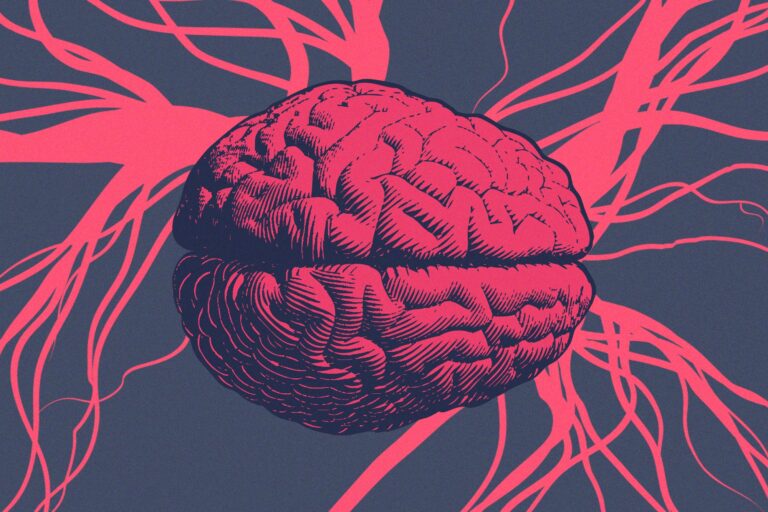 Alzheimer’s researchers have spent years focusing on the “amyloid hypothesis” proposing that toxic ꞵ-amyloid (Aꞵ) proteins, and the plaques they form outside neurons, were the primary cause of Alzheimer’s disease (AD). However, even therapies that successfully cleared Aꞵ in symptomatic individuals failed to slow or stop neurodegeneration, suggesting something else may be at play. Further research showed that Aꞵ buildup instigates the dysregulation of tau protein forming neurofibrillary tangles (NFTs) that aggregate inside neurons. When NFTs form near amyloid plaques the tau proteins may become detached, causing neuronal dysfunction. In this form, they are called neuritic plaques. On top of these complex processes, an intermediate step between Aꞵ build-up and the formation of neuritic plaques mediated by microglia may exist.

Under normal circumstances, microglia are the brain’s immune cells and support neurons to combat pathogens and repair injured tissues by absorbing/breaking down debris, excess synapses, and pathogens. In the case of AD, one study found that microglia surround Aꞵ plaques and interact with the fibers, potentially preventing further aggregation or limiting the effects of toxic Aꞵ, supported by another study that found that fewer microglia around plaques predicted greater damage to nearby axons. Several AD risk-factor genes are expressed predominantly in microglia as opposed to neurons. For example, the R47H variant of the TREM2 gene, which codes for a microglial receptor, seems to impair microglial function and predicts more neuritic plaques and axonal damage. When the TREM2 gene was completely knocked out in mice with amyloid pathology microglia suffered major functional deficits, inhibiting them from interacting with amyloid plaques and leading to an increase in swollen, damaged neurons.

If this R47H variant impairs microglial function thereby increasing neurodegeneration, then improving microglial function should be protective. Unfortunately, the answer is not so cut and dry. In mice with amyloid pathology but no tau pathology, this theory holds true and microglial activity seems to protect the brain. However, once tau pathology presents in mice, microglia modify their genetic expression activating genes that synergize with the presence of the APOE4 gene and are associated with greater neurodegeneration. To confirm this, researchers knocked out the TREM2 gene in mice with tau pathology and, unlike the previous knockout experiment with only amyloid pathology, this TREM2 knock out decreased neurodegeneration. In another study, mice with early tau pathology had their APOE4 levels reduced by half, resulting in decreased microglial activation and reduced neuronal damage.

As these opposing results based on disease-phase show, the role of microglia in AD neurodegeneration (at least in mice) seems to change depending upon the presence or lack of tau pathology. To understand why this is, we must remember that microglia are immune cells that use cytokine signaling to communicate with other immune cells and mediate inflammatory responses. Research suggests that cytokines released by microglia exacerbates tau dysfunction and begin NFT aggregation. Evidence indicates that microglia have an important role in fighting amyloid buildup and pathology, protecting the brain in the early disease stages, but become detrimental once tau pathology begins as they overreact to the presence of neuritic (tau positive) plaques, increasing neurodegeneration and inflammation in response to the presence of misfolded tau.

As such, researchers have begun to factor microglial activation per disease-stage into potential treatment models. Some suggest that it may be beneficial to up-regulate activation of microglia in the initial stages of amyloid build-up, allowing them to surround the plaques and prevent propagation of the pathology as long as possible. In fact, one such therapy is already being developed and tested for efficacy in clinical trials! AL002, developed by Alector, Inc., is a TREM2 agonist expected to upregulate microglial activity around amyloid plaques in the early disease stages prior to significant tau pathology, thereby slowing the rate of symptom onset and neurodegeneration. Excitingly, this trial will be using our facility as a research site so if you or someone you love is experiencing mild cognitive impairment or early Alzheimer’s disease, contact our office and we can discuss your eligibility for the trial. However, once tau pathology starts to develop, treatments would theoretically have to target inactivation of microglia in order to prevent their destructive effects on neurons via cytokine interaction with neuritic tau plaques, but no trials are yet testing this hypothesis.