Why has Biogen’s aducanumab become so controversial? 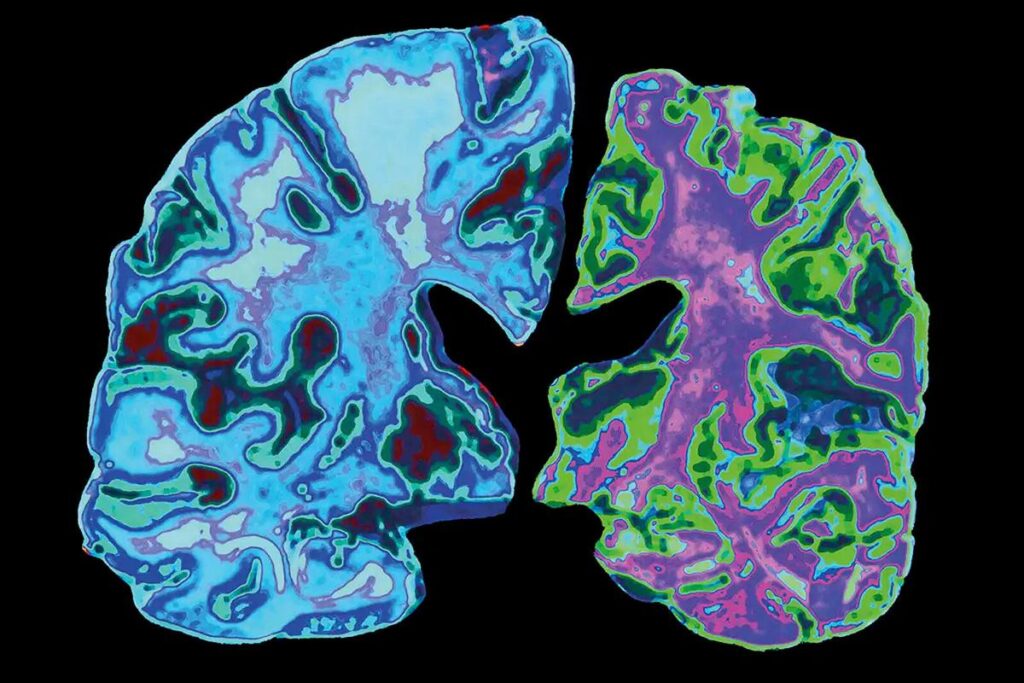 The FDA’s approval of aducanumab has been shrouded by controversy, with experts quickly criticizing the FDA’s ruling, referencing two large studies showing little convincing evidence of efficacy. These feelings were mirrored by the FDA’s own advisory committee. Of the 11 members, 10 voted against the drug’s approval, citing insufficient evidence, and one member was undecided. The drug was approved anyway, and three committee members have since resigned.

To understand the reasoning behind their actions, let’s discuss the science behind the drug’s approval. Biogen’s aducanumab, now marketed under the name Aduhelm, is an amyloid antibody that works to clear β-amyloid from the brain. Previous drugs have successfully cleared amyloid from the brain but did not improve cognitive function. Most of Biogen’s trials produced similar results.

Only after re-analysis was Biogen able to show cognitive decline slowed in a subset of patients from their EMERGE trial. The positive effects were seen only in patients who carried the APOE4 genotype, while patients who were not carriers fared worse on the drug than the placebo. The identical ENGAGE trial failed to produce positive results altogether.

The negative results from the ENGAGE trial are important because the positive effects seen in APOE4 patients from the EMERGE trial only began to occur following a change in study protocol. Initially, APOE4 patients were receiving lower doses of the drug because they are more prone to amyloid-related imaging abnormalities (ARIA) while receiving higher doses. Midway through the trial, this was adjusted so that all patients were receiving the same dose per kilogram. This caused more APOE4 patients to experience imaging abnormalities, making it necessary to pause dosing and MRI monitoring until the condition cleared. Therefore, many of these patients and their physicians became aware that they were likely receiving the drug, breaking the blind and possibly resulting in bias data.

Biogen maintains that the increased dosage produced greater efficacy in this subset of patients following the change in protocol and used this data to obtain FDA approval. However, positive results may have stemmed from the unintentional unblinding of the treatment group, potentially affecting ratings on measures of cognitive function and daily living. Thus, the drug was approved based on potentially erroneous data.

An independent analysis of the heterogeneity of Alzheimer’s disease progression points to further issues with the EMERGE and ENGAGE results. When comparing individual trajectories on cognitive assessments, performance was highly variable in prodromal and mild Alzheimer’s disease patients. When these results were compared to the data from actual clinical trials (i.e. Biogen’s EMERGE and ENGAGE), the differences fell within the range expected when there is no treatment effect. Therefore, it’s also important to consider that the results generated by Biogen could be due to oversampling of individuals who are declining faster in the placebo group or declining slower in the treatment group.

Following aducanumab’s approval, it is unclear if it will become the new standard that potential new treatments are compared to instead of placebo. What we do know now is that Biogen will be required to conduct a new randomized controlled phase 4 trial to verify the efficacy of aducanumab. During the first two years, Biogen will have a monopoly on the market and participants will be required to pay approximately $56,000 upfront as it stands now, although some supplemental insurances may reduce this rate. Even if Medicare does fully reimburse, the burden on the system would be significantly higher than any other drug currently on the market. If they decide not to cover the cost, very few people will be able to utilize it.

Moreover, the drug relies heavily on the hypothesis that amyloid is the underlying cause of Alzheimer’s disease. If a patient has received an amyloid PET scan and knows their APOE status, then the drug may be worth it in the early stages of the disease. However, if the disease has progressed too far, removing amyloid doesn’t translate to improved cognition or functioning.

All in all, whether aducanumab is worth it depends on the patient and the situation. If you’re in the early stages of the disease, know your APOE status, have had an amyloid PET scan, and are willing to pay upfront for treatment, it may be worth your while. However, few people fall into this category. Our hope is that research will continue to explore other options independently and without comparison to Biogen’s aducanumab.